The Indian T20 League 2023 (ITL 2023) is approaching and the mini-auction saw the teams roping in players, from England in specific for record-breaking bids. For the unversed, it was Sam Curran who made it to the Punjab franchise for a whopping INR 18.5 crore and one could understand that it might be overpriced.

With just weeks to go for the series and with fans already putting up various stats on the internet, we decided to handpick three players with the most ducks in the T20 extravaganza. Surprisingly, there were too many shocking names on the list and Piyush Chawla, the veteran Indian spinner stands third with 13 ducks to his name.

Here are the three players with the most ducks in ITL history:

Piyush Chawla, the veteran Indian spinner, would go down as one of the best spinners in the highly-competitive tournament and one could understand that the player is underrated, given the stats that he possesses with the ball in the contest. The most iconic moment for Chawla came in the 2014 finals when he hit the winning runs for Kolkata against the Punjab franchise.

With 13 ducks to his name, Chawla stands third on the list with a batting average of 11.68. However, Harbhajan Singh, Dinesh Karthik, Parthiv Patel, Ajinkya Rahane and Ambati Rayudu have as many ducks, although they boast a better average. 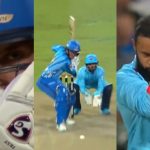 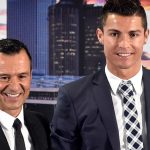