India faced off against New Zealand in the final ODI of the three-match contest on January 24, Tuesday and it was the Indian team who batted first on the day, with Tom Latham calling it right at the toss and electing to field first. Much to the delight of the Indian fans, the likes of Rohit Sharma and Shubman Gill outclassed the other batters with their opening partnership and stunned the spectators once again.

For the unversed, Rohit and Gill have been enjoying a great opening partnership ever since they started facing the new ball in 2022 and the pair is carrying on the momentum this year as well. Given that the team are scheduled to play a 50-over World Cup at home later this year, this might come as a blessing for team India.

While the Indian skipper and talented right-handed batter Rohit’s potential is well-known to the fans, Gill rising in his stature in 2022 and proving it again this year is becoming a hot topic. The Indian batter is proving his prowess time and time again, growing in confidence with every passing match.

We would have batted first: Rohit Sharma

As far as the opening partnership between Rohit and Gill on Tuesday is concerned, the latter carried on with his form as he brought up yet another half-century off just 33 balls, with the Men in Blue putting on a 100-run stand off just 76 balls. The captain, on the other hand, was cruising at 44 off 39 balls at the end of 13 overs, with Gill unbeaten at 54. Much to the delight of the Indian fans, post the 100-run team landmark, the duo accelerated and with both openers scoring a century, they brought up the 200-run stand in style.

However, Rohit perished soon after reaching his century and made way for Indian superstar Virat Kohli. Post losing the toss, Rohit said that they would have batted first against the Black Caps as the pitch looked like it would be a cruiser for the talented batters. Further, the right-handed batter said that the team wanted to give chances to aspiring cricketers revealing two new changes in the playing XI.

“ We would have batted first, as a team we want to get out and play well. It is a great ground to play in, everytime we come here it has been a good score. What is important is to give chance to some of the new guys who haven’t had a game and see how they go. We have got two changes – Shami and Siraj are out, Umran and Chahal are in,” Rohit was quoted as saying at the toss.

Here’s how fans have reacted to Rohit Shamra and Shubman Gill’s opening partnership:

Wow!! That wasnt Shubman Gill. That was Virat Kohlisque. #INDvNZ

The future is safe for India in ODI.
Shubhman Gill#shubhmangill #future #IndiaOpen2023 #INDvNZ

Rohit Sharma saw the Indore pitch, and thought that there was no way he was gonna toil in the field v Maharashtra 🥴🤠😶‍🌫️ #INDvNZ 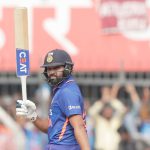 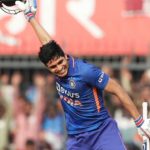