The SA20 is ongoing and the teams are giving it their all to clinch a win in the tournament, given that the contest is growing in stature with every passing game. On January 23, Monday, MI Cape Town faced off against Pretoria Capitals and it was the latter who won the game by 52 runs after restricting the Rashid Khan-led team 130 who were chasing a target of 183.

While there were many takeaways from the game, England’s star spinner Adil Rashid picking his national teammate Sam Curran’s wicket turned out to be the most enjoyable moment of all. To add more, it was a proper leggie from Curran and the ball turned in for the southpaw, who tried to cut it down the offside, only to let the ball smack it onto the stumps.

What a ripper from Adil Rashid. Sam Curran had no idea. #SA20 pic.twitter.com/sxoldLljUn

Rashid Khan opens up on defeat against mighty Pretoria Capitals

To add more, after being forced to bat first, it was Will Jacks who gave a fiery start to the Capitals as he smashed a 27-ball 62 which played a vital role in helping the team put on the mammoth total. As far as the chase is concerned, the Cape Town star Dewald Brevis gave a start with his 30-ball 46, although the middle-order collapse saw MI Cape Town succumb 53 runs short of the target.

“I think the decision to bowl first was right, but the way Jacks played in the powerplay he took the game away. I think the way we came back to restrict them to 182, we did well. But this was a wicket where we’d have liked to chase 150-160. I think in the last part of the tournament, we can’t do too much experimentation,” the Cape Town skipper Khan was quoted as saying at the post-match presentation.

“We just need to stay calm, stay relaxed and do the basics right. I think the 7-8 day break we have will be good for us. Massive thank you to the crowds, I’m very happy to play here. We are very sorry we couldn’t give y’all a win today,” he added. 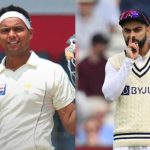 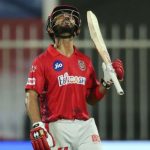