India and Zimbabwe will lock horns in the second ODI at Harare Sports Club. The first ODI turned out to be a one-sided affair with India thumping Zimbabwe by ten wickets. The openers Shubhman Gill and Shikhar Dhawan gave no chances for the Zimbabwe bowlers to pick a scalp.

Zimbabwe might look to make a strong comeback to level the series. Here is the match preview for the second ODI between India and Zimbabwe:

Zimbabwe came up with a poor performance in the last ODI against India, with their bowlers failing to pick a wicket. The batters were not up to the mark and will look to bounce back in the second ODI. Sikandar Raza and Innocent Kaia, who performed really well in the ODI series against Bangladesh, failed to emulate the same in the first ODI.

Innocent Kaia will look to make up for the poor performance in the first ODI. He perished cheaply and would look to contribute more with the bat. The Zimbabwe batter will go down as one of the players to watch out for in the second ODI.

The allrounder did not flourish in the first ODI given his capacity. He can potentially create havoc and make it big with the bat. The 28-year-old can roll his arms over and pick up a scalp or two for Zimbabwe at crucial times. He will be an important player to watch out for.

Victory Nyauchi has been exceptional for Zimbabwe so far and did well in the ODI series against Bangladesh as well. However, the bowler failed to pick up a wicket in the previous ODI and would look to come back harder in the second ODI.

The Indians will march onto the field with supreme confidence after thumping Zimbabwe in the first ODI by ten wickets. Shikhar Dhawan and Shubhman Gill looked in supreme touch and they have carried on their form from the West Indies ODI series.

Deepak Chahar was splendid with the ball initially and went on to pick a three-for for India.

Shikhar Dhawan has been fantastic so far and has been a part of the ODI setup for a long time now. The southpaw showed extreme courage in the ODI series against West Indies and emulated the same in the first ODI against Zimbabwe as well.

Deepak Hooda has been India’s recent best find. The allrounder did exceptionally well against Ireland and has a century to his name in the T20I format. He will look to impress with the bat and bag a few wickets with the ball as well.

Deepak Chahar bagged a three-for in the first ODI after coming back from injury. The pacer made a strong comeback and is definitely a player to watch out for in the second ODI as well.

The Harare pitch is a balanced one and can favour pacers first up. The average first innings score on this surface is 242. Teams winning the toss must look to bat first and defend it. 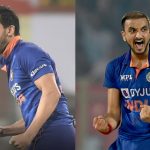 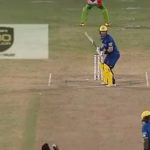