Wriddhiman Saha has been trending for the past few days. After getting dropped from India’s test side, he went on to make some shocking revelations. The keeper-batter revealed that India’s head coach Rahul Dravid suggested him to consider retirement as he is unlikely to play for India again. He also said that Sourav Ganguly had assured him a place in the side after he scored a half-century against New Zealand last year, adding that the team management has informed him that they are planning on grooming a young wicket-keeper thus they won’t consider him anymore.

According to a report by NDTV Sports, BCCI is not happy with Saha’s revelation and will most likely be questioning the Bengal cricketer about his recent outburst. As Saha is a contracted cricketer, he violated the rules.

Clause 6.3 of players’ central contract states: “Player shall not make any comments about the game, officials, incidents that happened in the game, use of technology, selection matters or any other matter related to the game which is in opinion of the BCCI is adverse to and /or not in the interest of the game, team or BCCI in any media,”. It is to be noted that Saha currently has a Grade B contract (annual retainership of INR 3 crore).

Arun Dhumal, who happens to be the BCCI treasurer, said that the Indian board might ask Saha about his decision to publicly reveal his discussions with the coach. He also stated that Ganguly was simply motivating the keeper-batter. Thus, Dhumal said that a call will be taken soon.

“Yes, there is a possibility that BCCI could ask Wriddhiman as to how he spoke on selection matters being a centrally contracted cricketer. As far as the president is concerned, he had tried to motivate him. The board might like to know what made him go public with his dressing room conversations with coach Dravid,” said Arun Dhumal.

Another important point to be noted is that Saha had recently shared a screenshot where a “reputed” journalist threatened him. Thus, the treasurer of the Indian board said that they will look into that as well. Further on, he stated that the secretary Jay Shah would have a word with the 37-year-old.

“Yes, we will ask Wriddhiman about his tweet and what is the real incident that has happened. We need to know if he was threatened and also the background and context of his tweet. I can’t say anything more. The secretary (Jay Shah) will certainly speak to Wriddhiman,” he said. 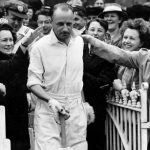