Leading the series 2-0, the Indian team squared off against Tom Latham-led New Zealand in the third ODI on January 24, Tuesday, at Indore and the Men in Blue were forced to bat first on the day. The pitch had nothing to offer for the pacers barring the movement initially, capitalizing on which, the Indian openers Shubman Gill and Rohit Sharma started toying with the Kiwi pacers.

To add more, the openers brought up the 100-run stand off just 76 balls and looked steady to help India put on a mammoth total on the board at the end of the first innings. The likes of Rohit and Gill scored centuries to their name, with Gill top-scoring with 112. Eventually, the Indian allrounder Hardik Pandya provided the much-needed finish for the team with his 38-ball 54.

As far as the bowling is concerned, it was Jacob Duffy who picked up a three-for the Black Caps, although he conceded 100 runs during his spell, becoming the third-ever bowler to give away 100 runs in the ODI format after Martin Snedden and Tim Southee. The Men in Blue put on a massive total of 385 on the board at the end of the first innings, losing 9 wickets along the course.

Much to the delight of the Indian fans, Pandya gave a fiery start to the team with the ball as he picked up Fin Allen’s wicket in the very first over during the chase. However, things soon got out of hand as Conway started shaking up the Indian pacers with boundaries and maximums, leaving the bowlers clueless.

After putting a 106-run stand for the second wicket, Henry Nicholls rushed back to the dressing room off an lbw from Kuldeep Yadav. However, the party continued as Conway continued with his wrath until Shardul Thakur removed Daryl Mitchell and Tom Latham back-to-back in the 26th over.

While many feared a humiliating defeat for team India, Thakur bounced back once again removing Glenn Phillips and restricting the Black Caps to 200/5 in 28 overs. Requiring 186 runs off 142 balls, the danger was not fully averted as the southpaw remained unbeaten at 119. With Umran Malik removing Conway for 138, team India bounced back into the game right away. Eventually, India won it by 90 runs after crushing New Zealand to 295 on the back of a 3-wicket haul from Kuldeep and two-for from Yuzvendra Chahal.

Here’s how fans have reacted to the third ODI between IND vs NZ held at Indore:

The juggernaut keeps rolling towards that big WC campaign!#INDvNZ

India will laugh, smile and be all goody goody and calmly give the knockout game as well to NZ. The tradition should continue.#INDvNZ

Clean sweep
We are no.1 odi team 😎#INDvNZ

In the absence of Siraj, Thakur did what siraj always do for the team …
Taking wickets on crucial time, it a habit of Siraj and Thakur#INDvsNZ #INDvNZ #INDVSNZODI

That Bracewell stumping of Kuldeep is the final nail in the coffin tbh.

The presence of mind of Thakur to bowl Latham a Knuckleball First-Ball, plus to bowl it full, was impressive. #INDvNZ #INDvsNZ #NZvIND #NZvsIND

There is the march gone. Management is responsible for the whitewash not the players only. Captain should be questioned too. So many things went just wrong and wrong in this series. Nothing right.#NZvIND 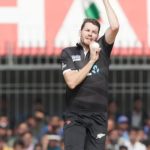