The ongoing first Test between India and Sri Lanka is a significant one for Virat Kohli, as it is his 100th Test. Thus, there was a lot of hype around the batting maestro prior to the match. When the second wicket fell, Virat Kohli walked to bat and all his fans expected him to get to a big score.

Although he looked good and hit a few eye-catching shots, he was dismissed for 45. During the third ball of the 43rd over, Kohli was deceived by an absolute peach by Lasith Embuldeniya. The spinner managed to knock the 33-year-old’s off-stump. The delivery was so good that it left the Indian batter in disarray.

Thus, Kohli had to depart for 45 off 75 deliveries. In fact, he looked really comfortable before getting dismissed. However, it was India’s newly-appointed Test captain Rohit Sharma’s reaction towards the Delhi batter’s wicket that managed to draw everyone’s attention. The opener was visibly shocked and couldn’t believe what he just saw.

His reaction was understandable as the dismissal came against the run of play. Thus, the video of him reacting to Kohli’s wicket instantly went viral. It is to be noted that Sharma was earlier dismissed for 29, while playing a pull shot. He looked to play aggressively but unfortunately found the fielder.

After Kohli’s dismissal, Hanuma Vihari was quick to follow, as he was then dismissed for 58. Just as things looked tricky for the hosts, Rishabh Pant rose to the occasion and played a counter-attacking innings. He took the Lankan bowlers to the cleaners.

The keeper-batter scored a superb 96 and fell just four short of what could have been an amazing hundred. His knock included nine boundaries and four sixes. It was Suranga Lakmal who managed to dismiss him. However, he ensured that India go past 300. 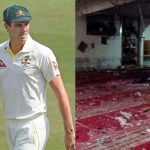 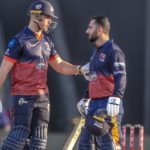