The first of the two-Test match series between India and Sri Lanka is all set to be a historic one for Virat Kohli. The batting maestro will be making his 100th appearance in the longest format of the game at the IS Bindra Stadium, in Mohali. After India took the field on Friday, Kohli became the 12th Indian cricketer to play 100 Tests.

This elite list includes several batting legends such as Rahul Dravid, Sunil Gavaskar, Dilip Vengsarkar, Sachin Tendulkar, Sourav Ganguly, VVS Laxman, and Virender Sehwag. Thus, all eyes would be on the 33-year-old when he comes to bat. However, Kohli hasn’t really been in the best of form of late.

When it comes to red-ball cricket, he has been quiet for a while and hasn’t been as good as his standards. Nevertheless, his overall numbers in the longest format of the game are still exceptional, to say the least. The Delhi batter has scored 7962 runs in 168 innings.

His batting average and strike rate are 50.39 and 55.68 respectively. This includes 27 hundreds, and seven double hundreds as well. Thus, ahead of the first Test, Kohli was facilitated for this massive landmark.

India’s head coach Rahul Dravid presented the batter with a special cap for the special occasion. It was a really emotional moment as Kohli has always prioritized Test cricket and has gone on record several times to praise the format. Besides, he has been a superb Test captain as well.

As a matter of fact, Kohli is statistically India’s greatest red-ball skipper. Thus, several users took to Twitter to congratulate the legend on his milestone. Many fans spoke about his achievements. Thus, he was trending on Twitter and people reflected on his massive achievements.

Virat Kohli being felicitated by the BCCI and been given his 100th Test cap, he's with Anushka out there. pic.twitter.com/g8j3zHZbx9

What a moment this for Indian Cricket. As many say, Test cricket in this era is a treat to watch since @imVkohli plays it and to have witnessed some of his great knocks has been an absolute delight.

One of the greatest of all time. Virat Kohli re-shaped the game. His passion is one of a kind. He joins the 100 club today. What an astonishing journey so far, one we are lucky to witness. My favourite. Congrats #ViratKohli pic.twitter.com/HskkZ6X4F4

Virat Kohli about to be felicitated for his 100th Test. #INDvSL #VK100 pic.twitter.com/gba4NetSD6

His journey has been a union of emotion, passion, dedication and determination. To the man who redefined Test cricket and infused it with fresh life, congratulations @imVkohli on this landmark Test. Let's come together and celebrate #VK100

On June 20, 2011 this boy made his Test and ever since there has been no looking back.#VK100 pic.twitter.com/fhrowA6S7G

A small tribute for the Legend on his 100th test

His numbers speaks for himself. Greatest of all time @imVkohli. #100thTestForKingKohli #VK100 pic.twitter.com/jY3FiyXqmp 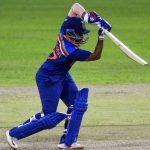 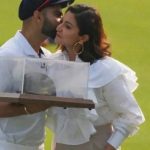