The first of the two-match Test series is all set to be Virat Kohli’s 100th appearance in the longest format of the game. It wouldn’t be an overstatement to call him a champion, as he has played many memorable knocks in red-ball cricket. Thus, it gets really hard to pick his best Test knock.

As a team, the favourite memory is the series which we won in Australia in 2018: Rohit Sharma

“As a team, the favourite memory is the series which we won in Australia in 2018. It was a great series and Virat was the captain. As an individual, my best memory of him is his Test hundred against South Africa in 2013. The pitch we were batting on was very challenging; it had a lot of bounce and a lot of us were playing a Test in South Africa for the first time,” said Rohit Sharma said in a press conference.

The opener then drew light on how challenging it was to face the South African bowlers of that team. Sharma also spoke about Kohli’s century against Australia in 2018, but he still rated his knock against the Proteas in 2013 as the legendary batter’s best.

“To then face Steyn, Morkel, Philander and Kallis… it was never going to be easy but the way Virat batted in that match, scoring hundred in the first innings and 90 odd in the second was sensational. It was one of his best knocks. He made a hundred in Perth in 2018 too but I think the one in South Africa beats that,” he added.

It is to be noted that Kohli has a superb record in the rainbow nation. He has scored 719 runs in 14 innings at an average of 51.36. This includes two hundreds as well. 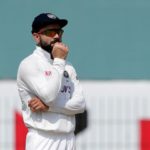 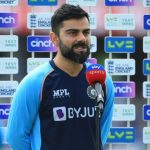