Virat Kohli is unarguably one of the greatest players of this generation. While his performances on the field have been nothing short of legendary, it’s his fitness standards which have gone on to become an inspiration for one and all.

Over the years, he has emerged as one of the fittest sports athletes ever. So how does he maintain himself? What does his diet comprise of? Kohli’s fitness secrets would definitely help a person to look and be fit.

According to a report by the Times Of India, the batting maestro has a diet that comprises of leafy veggies and greens, a side of protein, antioxidant-rich drinks and coffee and humble lentils. When it comes to his breakfast, Kohli once himself had said that he likes having a side of eggs, black pepper and a veggie. However, it is to be noted that the 33-year-old became a pure vegetarian only recently

In order to gain the extra kick of energy in his day, he also keeps nuts and seeds handy, and prefers eating gluten-free breads and desserts. To bulk up and build muscles, he also adds some form of protein for dinner. Quinoa, dosas, dals and spinach are some of the things he loves to gorge on too.

When it comes to his workout, Kohli does own several gyms in India, and it wouldn’t be an overstatement to call him a fitness freak. The Indian Test captain’s workout includes a powerful combination of weights and cardio exercises which help him build lean and strong muscles, good body strength as well as stamina. While following his diet might look easy, it requires severe perseverance to follow it. 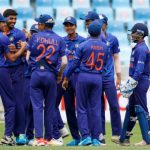 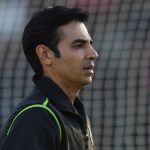