In what will be a huge boost for the team India, Virat Kohli is expected to be fit for the third and decisive Test match against South Africa in Cape Town. Kohli missed the second Test due to back spasms. In his absence, Kl Rahul led the team. The visitors lost the Test by seven wickets in Johannesburg as Dean Elgar played a captain’s knock and helped South Africa chase 241 on a treacherous Wanderers surface with relative ease.

The three-match Test series is tantalizingly poised 1-1 and the Test series is set for a fascinating finish. The match will begin on Tuesday (January 11). Head coach Rahul Dravid and stand-in-skipper Rahul had earlier hinted that Kohli is fine and should be fit for the third Test. Now, the BCCI shared a post on their official Twitter account, wherein Kohli can be seen batting in the nets.

Kohli’s likely return to the Test team will most probably be in place of Hanuma Vihari. The Indian team management had earlier hinted that it will continue to back Cheteshwar Pujara and Ajinkya Rahane. The two experienced batters scored vital fifties in the second innings.

It's GO time here in Cape Town 👏 👏#TeamIndia all set and prepping for the series decider 👍 👍#SAvIND pic.twitter.com/RgPSPkNdk1

Meanwhile, Vihari also chipped in with a crucial knock of unbeaten 40. The right-hand batter showed enough gumption and character to fight it out in the middle. However, he will most probably have to make way for the returning Kohli.

The Indian Test captain is not in the best of forms and has not scored a hundred since the Pink-ball Test in Kolkata in 2019. Kohli looked good in both innings of the first Test against South Africa but got out familiarly by chasing a wide delivery outside off-stump. 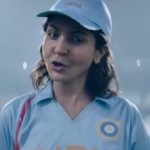 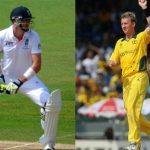