After losing to New Zealand in the ODI series, India faced off Bangladesh at the Sher-e-Bangla stadium in the first match of the three-match ODI series on December 4, Sunday and the Bangla Tigers humbled India by handling them a 1-wicket defeat. To add more, chasing a target of 187, Bangladesh won the match with 1 wicket to spare on the back of a stupendous finish from star batter Mehidy Hasan.

However, post getting crumbled to 136/9, Bangladesh eventually managed to win the game as Hasan put on a partnership of 51 runs alongside Mustafizur Rahman. As things stand, KL Rahul got an epic chance to dismiss Hasan in the 43rd over and eventually dropped a sitter, failing to capitalise on a high catch.

Eventually, Bangladesh won the game by 1 wicket and proved their prowess yet again. As far as India are concerned, it was Rahul who helped the team put on a decent total on board. However, all his efforts went in vain as he dropped a sitter during the chase from Das’ men.

It was a very close game: Rohit Sharma

Rohit Sharma, the captain of the Indian team, opened up on the loss and said that it was humiliating from the team’s point of view. Further, the right-handed batter admitted to India’s dismal performance with the bat and said that they would look to improve on the same in the next game to be played on Wednesday.

“It was a very close game. We did pretty well to comeback into that position. We didn’t bat well. 184 wasn’t good enough, but we bowled pretty well and they held the nerve in the end. If you look back how we bowled right from ball one – of course we would have loved to bowl better at the end – but we bowled pretty well for 40 overs and took overs. We just didn’t have enough runs. Another 25-30 runs would have helped. We were looking at 240-250 after the 25 over mark. When you keep losing wickets it is difficult,” Rohit was quoted as saying after the match.

“I feel the genes are there and it’s only about handling pressure. I am sure these guys will learn and we look forward to the next game. Hopefully we can change things around. We know exactly what we need to do in these conditions,” he added.

As things stand, let us take a look at a few Twitter reactions to KL Rahul’s drop catch:

@klrahul villain of victory in match why is always becoming 🤔

Everyone wud criticise KL Rahul for the dropped catch, but lack of game awareness by R.Patidar also needs to be highlighted. The ball from KLR gloves hd bounced considerably for anyone who wud hv been nearby to grab it. Fielding coach needs to highlight this for future #INDvsBan

Rahul and Sundar in dressing room after dropping that catch pic.twitter.com/Ule9epKXer

@RaviShastriOfc @klrahul selection of Indian team is purely biased. What Wrong did sanju Sampson do ? 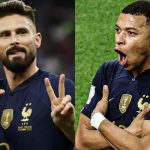