Rajasthan have been absolutely superb in the ongoing Indian T20 League 2022. Not only were they consistent during the league stage, but they managed to book a spot in the final as well. The grand finale of this edition shall see the Sanju Samson-led side take on Gujarat at the Narendra Modi Stadium in Ahmedabad.

The Rajasthan-based franchise have seen several of their match-winners stand up for them during crucial games. However, Jos Buttler and Yuzvendra Chahal have stood out from the rest. While the Englishman is currently the leading run-scorer of this edition, the leggie has picked as many as 26 wickets in 16 games this season.

However, what has pleased Rajasthan’s bowling coach Lasith Malinga isn’t their performances, but Riyan Parag’s fielding. The Sri Lankan legend had heaps of praises for the youngster’s fielding skills. It is to be noted that Parag has taken 16 catches in the 2022 edition so far.

“I have really been enjoying Riyan’s fielding in the last 15 matches. He has so much energy, he is so much athletic. He is always in the game.

“We all know he didn’t get too many opportunities to bat. But the energy he brings with his game on the field is amazing. I don’t think you can see it in any other team. I am so happy with the energy and attitude that he brings to the team. This is the attitude we need,” said Lasith Malinga in a video posted by Rajasthan on Twitter.

Besides, Riyan Parag broke Ravindra Jadeja’s record of most catches taken by a fielder (non-wicketkeeper) in a single season of the Indian T20 League. While he has been exceptional on the field, he had had a mediocre season with the bat. So far in the tournament, the Assam cricketer has scored 168 runs at an average and strike rate of 16.80 and 143.58 respectively.

Nevertheless, he did win one match for the Rajasthan-based franchise with the bat as well. His half-century against Bangalore during the league stage of the tournament propelled his side to a spectacular victory. Having said that, Parag would want to make an impact during the grand finale against Gujarat. 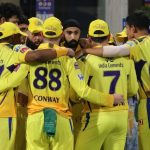