Wriddhiman Saha recently grabbed the headlines for revealing his conversations with Rahul Dravid. He said that the head coach of India suggested him to consider retirement. Thus, Dravid recently went on to address the same.

He said that he was not at all “hurt” that Saha disclosed a private conversation. The former Karnataka batter said that he has the utmost respect for the keeper-batter and his contributions to Indian cricket. He stated that Saha deserved honesty and clarity.

“I’m actually not hurt at all. I have deep respect for Wriddhi and his achievements and his contribution to Indian cricket. My conversation came from that place. I think he deserved honesty and clarity,” said Rahul Dravid, as quoted by NDTV Sports.

The legend then drew light on the reason behind why he spoke to Saha. He said that he wanted to tell the Bengal cricketer that they are planning to groom a younger keeper-batter. Dravid also mentioned the he didn’t want Saha to read this from the media.

“I was just trying to convey that with RP (Pant) having established himself as our No.1 wicketkeeper-batsman, the idea was to say that we are looking to groom a younger wicketkeeper (KS Bharat). This doesn’t change my feelings or respect for Wriddhi.

It is to be noted that Saha was dropped from India’s Test squad for the upcoming series against Sri Lanka. He last featured for the Asian side during the two-match Test series against New Zealand last year. As a matter of fact, he scored a half-century in the first Test as well. 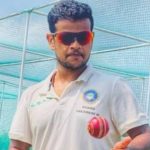 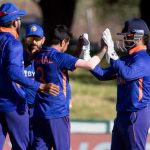