Team India’s head coach Rahul Dravid turned 49 on Tuesday. The entire cricketing fraternity celebrated the legend’s 49th Birthday on Twitter, and wished him for turning a year older by reliving his legendary records.

The Karnataka batter is unarguably one of the greatest Indian players of all time. As a matter of fact, it wouldn’t be an overstatement to say that he was one of the greatest cricketers of his time as well. While he has scored 10889 runs in ODIs, he has scored as many as 13288 runs in the longest format of the game. In a career spanning 16 years, Dravid accumulated over 24000 international runs.

Despite being overshadowed by the great Sachin Tendulkar, he more often than not, stood like a wall for his side and fittingly earned the nickname – the “Wall”. His temperament was one of a kind, and always ensured that the Indian fans could breathe a sigh of relief during pressure situations.

It is to be noted that the 49-year-old is the fourth-highest run-scorer for India in the history of one-day cricket. He is also second on the list of the highest run-scorers for India in Tests. Besides, he has captained India as well, and led them in 25 Tests and 79 ODI matches, with the team tasting wins in 50 matches across formats.

The cricket fraternity swept Twitter and wished Dravid on his special day. While appreciating his illustrious career, they spoke about how good a human being he truly is. From Sachin Tendulkar to Virender Sehwag, Dravid received several Birthday wishes on the social media apps.

Happy birthday to the batter who made bowlers feel this 😉#TheWall pic.twitter.com/JJFNgEN68R

Captain, Opener, No.3, Wicket Keeper, ICC event winning coach, former NCA head, and now India coach. But above all a great human being.

Happy Birthday to the master of all trades. #HappyBirthdayRahulDravid pic.twitter.com/ZV26flnsTb

A very happy birthday to you Jammy. Wish you the best of health and good luck for the 3rd Test. pic.twitter.com/88Y4vgbyWu 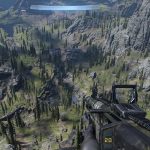 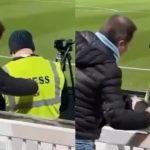