Young Indian speedster Arshdeep Singh has impressed everyone with his stellar performances in a noticeably short span of his international career since his debut earlier this year in the month of July. On the back of amazing outings, he got a call to the squad of the Indian team for the ongoing 20-20 World Cup 2022.

Apart from his brilliant bowling on the field, the speedster is in the headlines of social media for a mistake on his Instagram handle. It all happened when team India was traveling to Melbourne from Brisbane. Arshdeep happened to post an Instagram story on during the journey. In the story, he mistakenly spelled the ‘MailBorn’ instead of Melbourne.

This small mistake gave a chance to the fans for taking a jibe at the youngster. They took to Twitter for coming up with hilarious and witty reactions regarding the same.

Nice cover-up by #ArshdeepSingh. That being said, we should stop judging cricketers for their English (good or bad) and only comment on their skill. This goes for both #India and #Pakistan players. #Mailborn #INDvsPAK pic.twitter.com/2lwM84IgEt

This is the logic behind that joke – hum pardes the to kya hua chitthi patri to aati jati thi. #Mailborn

@aoutcelt42 ahh, reallly? Well I guess you're in luck mate, I used to have short hair. If uk what I mean. #mailborn

Other than all this, former legendary Indian batter Sachin Tendulkar has heaped his praises on the MP-based pacer.

“Arshdeep has shown a lot of promise and he looks like a balanced guy. And whatever I have seen of him, he looks a committed fellow because you can see a player, you can make out looking at his mindset,” said Sachin to journalists.

“What I really like is that if Arshdeep has a plan, he commits to it and that is really, important in this format as batters are going out and playing those extra shots and some innovative ones. So, if you have a plan, commit to it,” he added later

It is the first 20-20 World Cup for Arshdeep and India will start their campaign in the tournament against the arch-rivals Pakistan on the 23rd of October at MCG. 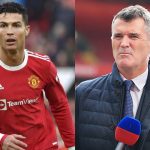 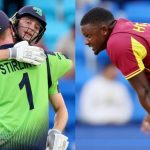