With the intent of building on this massive feat, the Indian Cricket Board secretary Jay Shah has announced a few changes to the Indian T20 League schedule.

“That is an aspect we have worked upon. Let me inform you that from the next FTP calendar, the Indian T20 League will have an official two-and-a-half-month window so that all the top international cricketers can participate. We have had discussions with various boards as well as the Governing Body of International Cricket,” said Jay Shah, as quoted by ESPNcricinfo.

Coming Soon: A two-and-a-half month window for the IPL in ICC FTP calendar

The Indian board is looking to expand the league and ultimately its value, including two editions every year as well. Explaining further the board secretary said, “We are having discussions with various stakeholders. There are also multiple proposals for all the Indian T20 League franchises of playing friendlies overseas. That idea is being seriously contemplated but for that, we also need to speak to other boards as we would need to know the schedule of international players.”

A longer Indian T20 League also poses the challenge of burnout among cricketers. Jay Shah has pointed towards a shared workload from players by creating different national teams for different formats. Speaking on what the multiple team scenario would look like, he said, “In future, you will have a scenario, where the Indian Test team will be playing a series in one country and the white-ball team will be engaged in a series in a different country.”

The recently concluded Indian T20 League was expanded to 10 teams with Gujarat and Lucknow the two new ones. The league culminated with a debut win from Gujarat under the captaincy of Hardik Pandya. 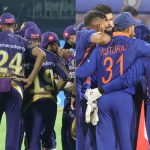 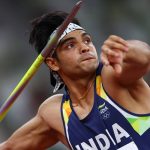