The 2023 Indian T20 League is about two months away and there is palpable excitement for the commencement of the 16th edition. JioCinema tipped off their coverage in lead up to the annual T20 extravaganza with ‘Legends Lounge’, a JioCinema original featuring stalwarts of the game including Chris Gayle, Suresh Raina, Scott Styris, Parthiv Patel, Robin Uthappa, and Anil Kumble. The select group deliberated hard across a two-part episode to select an All-Time Indian T20 League XI.

Being his usual dazzling, Gayle selected himself up front before going on to fill up the other 10 slots. “It’s Chris Gayle first. Always pick yourself first,” quipped Universe Boss.

Patel then tipped off the discussion by naming Gayle and Kohli to make the opening duo. “I think Virat Kohli’s numbers are unbelievable as an opener. The chemistry between Gayle and Virat makes a huge difference. Gayle is Chris Gayle and there can’t be any Indian T20 League team without him.” Styris, though, bravely disagreed and paired Kohli with David Warner even as the West Indian picked Virender Sehwag as his choice at the top and Kohli as a foil at No. 3 to the aggression on top. The group settled with Gayle and Sehwag as openers to start with.

Everyone voted for Raina at No. 3 in the All-Time team except Gayle who wanted Mr. Indian T20 League at four after Kohli. India captain Rohit Sharma, much like, Raina was everyone’s choice at No. 4 except Gayle who picked Kohli for that spot. Number three and four were filled by Raina and Sharma.

As the talk moved to No. 5 & 6, most agreed to have AB DeVilliers and MS Dhoni. But former India coach and captain Kumble bowled a flipper. “It is very difficult to get AB de Villiers in my team because MS Dhoni comes in at five as captain and wicket keeper and Pollard at six. I would look at the impact the particular player has had at No. 6 in terms of winning matches from difficult positions and of course, titles is something that I looked at as well, at No. 6.” Patel agreed with Kumble’s POV but brought Andre Russell instead of Pollard. But the agreement was that ABD and MSD would be the best fit.

At No. 7, Dwayne Bravo, Hardik Pandya and Russell were consulted only for Bravo to get the nod. Bravo’s country-mate Sunil Narine gained the majority for No. 8 and top spinner in the side. The choice of Narine also filled up the four overseas slots with Bravo, Gayle and DeVilliers as the other three. Uthappa explained what makes Narine the better fit for the XI. “What makes it challenging is obviously the mystery factor that Sunil has. His biggest strength is his ability to hit the right length consistently. He can get hit for a six but the next ball, he’ll come right there and it will not change.”

Spinner Yuzvendra Chahal was almost a unanimous preference as the second spinner. “He has this ability to set batsmen up even in this short format,” said Patel, who backed Harbhajan Singh. Jasprit Bumrah at No. 10 was a no-brainer for everyone. What got everyone in a soup though was when it came to pick the final bowler. Lasith Malinga was everyone’s first choice but with four overseas players slots filled the group had to leave out one to fit in the Lankan legend. The legends eventually sacrificed the all-round abilities of Bravo and replaced him with Pandya so they could bring Malinga in.

Just when it appeared that the All-Time Indian T20 League XI was settled, the Legends couldn’t fathom that Kohli wasn’t a part of this. “I can’t believe Kohli is not in the final cut. I cannot handle that we don’t have him in there. That 973-run season is the greatest batting in T20 cricket that I have ever seen,” Styris said. Gayle wanted his ex-teammate in somehow, and everyone finally the decided to replace Sehwag with Kohli as Gayle’s partner on top 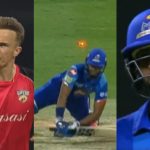 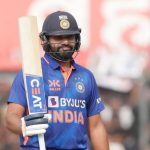