The men in blue hosted the South African team for the first of the three-match T20I series. Both teams played this match at the Greenfield International Stadium in Thiruvananthapuram. The hosts’ skipper Rohit Sharma won the toss and decided to bowl first on the green turf of the Greenfield.

Batting first, the visitors crumbled down against the Indian bowling attack and lost half of their team back in the pavilion only on the score of nine runs. Arshdeep Singh broke the back of Bavuma & co. by scalping three wickets in the second over of the innings. The visitors could post only 106 runs for the loss of eight wickets in the allotted 20 overs.

Finally, the Indian team comfortably crossed the line in 16.4 overs by scoring 110 runs for the loss of two wickets to win the match by eight wickets.

Indian cricket fans couldn’t stop them to come up with their creative minds. They took to Twitter for witty and humorous memes. So, here we’ll have a look at the top 10 memes from the first T20I between India and South Africa.

Here’re the top 10 memes from the India vs South Africa first T20I:

Fifty by Suryakumar Yadav in 33 balls – on one of the most trickiest pitch, he played an unbelievable knock. Just top class stuff! pic.twitter.com/BgHq4T8NFq

Your team has scored 17 runs in 37 balls, not able to put bat on ball and lost Rohit and Kohli. #INDvSA

KL Rahul before coming in to bat tonight pic.twitter.com/07sPqZWN2M

India need 107 in 20 overs!
My Man KL Rahul be like now #INDvsSA pic.twitter.com/wdwrJ9fins

What a Knock on one of the most trickiest pitch by SKY.

Undoubtedly SKY is the world's best T20I batsman at the moment. We are blessed to have a player like Suryakumar Yadav. Proud of you SKY. lot’s of love & respect for you SKY.👏🏻🤗💙#INDvSA pic.twitter.com/WACjvUDlPj

Talking furthermore about the match, then the visitors’ batting attack crumbled down against the Indian pacer duo of Deepak Chahar and Arshdeep Singh. They both scalped three and two wickets respectively. Young lad Arshdeep stunned everyone when he claimed the three big wickets of the South African team.

Other than Deepak and Arshdeep, senior all-rounder Ravichandran Ashwin also impressed everyone with his economical bowling. Ashwin conceded only eight runs in his quota of four overs with one maiden in his account. Harshal Patel also claimed two scalps alongside one wicket picked by Axar Patel. On the back of struggled knock of 41 runs by Keshav Maharaj, the South African side could post a low total of 106 runs for the loss of two wickets.

While chasing the target, Indians crossed the line in 16.4 overs to win the match by eight wickets and gain the lead of 1-0 in the three-match series. Suryakumar Yadav and senior batter KL Rahul scored magnificent half-century knocks of 50 and 51 runs respectively. 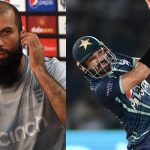