South Africa limited-overs skipper Temba Bavuma has been ruled out of the ODI series against Sri Lanka after fracturing his thumb while batting in the first ODI. The batter will now return back to South Africa while spinner Keshav Maharaj will don the skipper’s hat for the remaining two ODIs of the series. Bavuma took the blow in the 26th over while avoiding a throw. His thumb was swelled and it was bleeding which made it evident that the injury is serious. He carried on batting for a while but was eventually retired hurt.

Bavuma and Markram set up the chase of 301 beautifully with a 106 run stand for the second wicket. However, Bavuma had to retire with a 53 ball 38, which halted South Africa’s momentum. South Africa eventually could manage 286 runs in their inning and lost the game by 14 runs. Meanwhile, Bavuma was taken for scans in the evening which confirmed the fracture.

“The timelines for return to play will be defined subsequent to that,” the statement said, adding that the national selection panel would meet to identify the T20I captain for the series.

South Africa are already without the services of the ace batter Quinton de Kock and Bavuma’s injury will add further to the miseries. However, South Africa have plenty of positives to take from the match. Aiden Markram played a magnificent knock of 96 while there were some decent contributions from Rasssie van der Dussen and Henrich Klaasen. The visitors will hope the batters can carry on their form and take the team to a win in the second ODI. 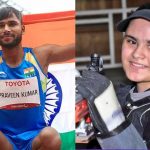 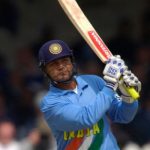