India’s squad for the two-match Test series against Sri Lanka was recently announced. However, a few veterans including Wriddhiman Saha were dropped from the side. In a major turn of events, the keeper-batter has gone on to share a screenshot, which consisted of some unpleasant messages from a prominent journalist.

Over here, the anonymous journalist was offended over the fact that the Bengal cricketer ignored his calls for an interview. He also went on to threaten the 37-year-old.

“After all of my contributions to Indian cricket..this is what I face from a so called “Respected” journalist! This is where the journalism has gone,” read Wriddhiman Saha’s caption to the Tweet. Thus, this instantly went viral, and several users went on to support him.

After all of my contributions to Indian cricket..this is what I face from a so called “Respected” journalist! This is where the journalism has gone. pic.twitter.com/woVyq1sOZX

In the meanwhile, Saha spoke about how he was assured a place in the team by the BCCI president Sourav Ganguly after his 61 against New Zealand in November 2021. He stated that the former Indian captain had even congratulated him on WhatsApp for the same. Thus, Saha failed to understand how quickly things changed.

“When I hit an unbeaten 61 taking a pain-killer in the first Test against New Zealand in Kanpur last November, Dadi (as Sourav was referred to by Bengal players) congratulated me over WhatsApp. He even mentioned that I should not worry about anything so long as he is at the helm of the BCCI. Such a message from the board president really boosted my confidence. But I failed to understand why everything changed so fast,” he said, as quoted by News 18.

It is to be noted that Saha last featured for India during the two-match Test series against New Zealand at home in November-December 2021. As far as his overall record in the longest format of the game is concerned, he has scored 1353 runs in 40 Tests at an average of 29.41. This includes three hundreds as well. 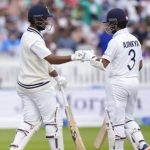 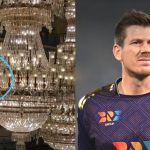