Sunrisers Hyderabad cricketer Wridhimann Saha has tested positive for Covid-19 for the second successive time. It has further been revealed that he does not have any symptoms currently.
The Hyderabad wicket keeper had earlier said that he was scared about the Covid-19 virus and had also added that a virus had brought the entire Earth to a standstill.

Adding that the people in his family were worried, Saha stated that he is being taken care of.
“I was certainly scared. A virus that has brought the Earth to a standstill, after being infected by it, I was bound to feel scared. Everyone in the family was very worried. We reassured them through video calls that there is no reason to be afraid. I am being taken care of enough,” revealed Saha in an interview with Anandbazar Patrika.

Apart from Saha, the likes of Varun Chakravarthy, Sandeep Warrier and Amit Mishra had earlier tested positive for Covid-19 and as a result, the Board of Control for Cricket in India (BCCI) had suspended the 14th edition of the Indian Premier League (IPL).

Saha is also a part of the Indian Test squad that will fly to England for the World Test Championship (WTC) final. With him testing positive again, his England tour could be in jeopardy and the BCCI might have to keep his replacement ready. 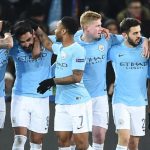 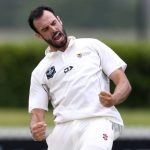