India and Babar Azam-led Pakistan are all set to lock horns with each other on the 28th of August this month in the Asia Cup 2022. Both teams will be facing each other first time after the clash in the T20 World cup 2021 last year. In the previous encounter, the men in green outplayed the Indians and won the match by 10 wickets.

But this time things will be quite a bit changed for the Indian team as Rohit Sharma has replaced Virat Kohli in the role of regular skipper. Whereas, the 33-year-old was the captain of the team in the last fixture against the arch-rivals. Everybody is eyeing on to see an interesting battle on the field between two Asian cricketing giants.

There are few players on the Pakistani side including skipper Babar Azam who can turn around the match anytime in the favor of Pakistan. So, in the same context, here we’ll have a look at three Pakistani players who might emerge as a potential threat to the men in blue.

One of the amazing sensations for Pakistan in the pace bowling from Khyber Agency, Shaheen Afridi has impressed everyone with his arrival in international cricket in a short span of time. He has a lethal capability of destroying any mighty batting order in the world of cricket on his day. The former legends of the game and experts have praised him for his excellent bowling skills and fiery pace.

Speaking of his performance against India, then he had completely rattled the strongest top order of India including the likes of former skipper Virat Kohli, Rohit Sharma, and KL Rahul. Afridi scalped the wickets of all these three veterans in his spell. The youngster is currently recovering from the injury and hopefully, he will be leading the Pakistani pace attack in the multi-team continental tournament.

So, if he continues with his fiery form, he might produce a big threat to the Indian team in the powerplay overs. Not only in powerplay overs, but if skipper Babar Azam goes to use him in the slog overs, then the Khyber-born prodigy can also restrict India from posting a big total on the board. 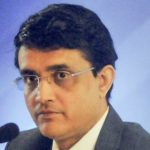