Former Indian skipper and senior batter Virat Kohli is currently not in action on the field and spending time with his family. According to the reports, he has taken a break from regular cricket.

Without even being on the field, Kohli has been a part of every debate and discussion going on in the cricketing corridors. The discussions have gone on the harder lines as he is enduring a poor run of form with the bat for a long time.

Notably, Virat hasn’t scored any century since the last one he scored against the West Indies in November 2019. The 33-year-old also failed with the bat on the England tour summed up back in the month of July.

Everybody including experts, fans, and former cricketers is worried about Kohli’s form but former legendary Indian skipper and current president of BCCI, Sourav Ganguly feels that the senior lad will gain his form very soon and start scoring runs for India once again.

Ganguly is quite a bit positive about the comeback of the right-hander and he also went on to say that the upcoming Asia Cup 2022 will be the turning point for Kohli if he follows simple advice.

The former Indian skipper hasn’t found any shortcoming in Kohli’s game as other experts said in the past. He still ranks Kohli as a world-class batter who requires practice and to give some time there in the middle.

Ganguly has also talked about Kohli in a recent interview, he spoke about the possibility of a comeback for the senior Indian batter.

“Let him practice, let him play matches. He is a big player and has scored plenty of runs. I am hopeful that he will make a comeback. He is just not being able to score a century and I believe he will find his form in the Asia Cup,” said Ganguly to India Today. 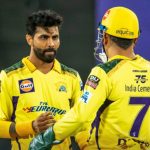 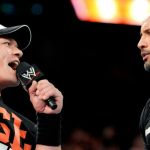