Top Sri Lanka cricketers, including the likes of Test skipper Dimuth Karunaratne, Dinesh Chandimal, Angelo Mathews along with several other senior players have decided not to sign a new contract with Sri Lanka Cricket (SLC). The decision was taken after SLC slashed their new contracts by up to 40%.

India is set to tour Sri Lanka in July and the series is an opportunity for Sri Lanka Cricket to make up for the financial loss they’ve suffered due to the pandemic. However, the decision from Sri Lankan cricketers has got the series in Jeopardy.

A statement from the attorney representing top Sri Lankan players including Dimuth Karunaratne, Angelo Mathews. Dinesh Chandimal and others said that the pay cuts are far more than any other playing nations as per the Federation of International Cricket Association (FICA)

The Sri Lanka Cricket recently offered contracts to 24 players under four categories. The players were given the deadline of June 3 to accept the new contract. Only six of the 24 players were kept in the A category and their annual pay ranges between USD 70,000 to 100,000.

The Sri Lanka players released a joint statement and said that they were stunned by the SLC’s decision to go public with specific payment details.

“These disclosures amount to a grave security concern to each player,” it stated.

Aravinda de Silva, the chairman of the Cricket Advisory Committee (CAC) said that they took the harsh decision as the performance of the players were not up to the mark in recent times.

“We wanted to have a key performance indicator for the players so that we could evaluate them,” De Silva said adding that that new pay scheme was incentive-based.

Sri Lanka players, however, were not ready to take full accountability for Sri Lanka’s poor performance in recent times and alleged that board politics also led to Sri Lanka’s downfall. 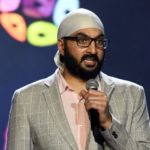 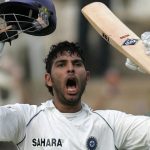