Former England spinner Monty Panesar believes that Virat Kohli’s team India can beat England 5-0 in the upcoming Test series. Monty claimed that the conditions in England are warmer in August and the pitches may offer some assistance to the spinners, adding that Indian spinners can exploit England’s weakness against spin.

India will play the summit clash of the World Test Championship in Southampton before locking horns with the hosts in a marquee five-match Test series. England were bamboozled by India in the recently concluded Test series in India. The visitors were blown away by the Indian spinners on rank turners.

“5 test matches are in August where we will expect warmer conditions. Indian spinners will come into the game, India have a chance 5-0.”

India have quality spinners like Ravichandran Ashwin and Ravindra Jadeja to trouble the Englishmen. Also, Axar Patel, who wreaked havoc in the home series against England, and Washington Sundar will be available at their disposal.

Monty’s claims were denied by a Twitter user who said that Monty is being too optimistic about India’s win, adding that a 5-0 win for India is a ‘big joke’

“It is not easy at all for India in seaming conditions, 5-0 with England that is big joke.”

Replying to the user, Monty stayed firm on his stance that if the wickets turn, India have every chance of beating England 5-0.

Panesar further added that even if green wickets are prepared for the India series, the visitors have the bowling to exploit the conditions, adding that England are heavily dependent on Joe Root.

“[If] Joe Root scores big England win. [But] You expect Joe Root to score all the runs?”

“India have seamers to exploit inexperienced English batting. The top order will be England’s issue,” he said in another post.

India have a miserable record in England. They were thrashed 4-1 on their last tour and haven’t won a Test series on English soil since Rahul Dravid led them to victory in 2007. 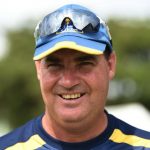 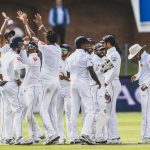