Italy coach Roberto Mancini is optimistic about Paris Saint-Germain (PSG) midfielder Marco Verratti recovering from his injury before the Euro 2020. He, however, was concerned about the fitness of Inter Milan’s Stefano Sensi. Both players were named in the 33 member preliminary squads but picked up injuries late in the season. AS Roma’s Lorenzo Pellegrini also sustained a thigh injury but has made a steady recovery.

“The medical staff are treating those with injuries. Pellegrini is improving day-by-day, Verratti is recovering quicker than expected and we will evaluate Sensi’s condition over the coming days,” Mancini said at a news conference.

“I believe Verratti can make it, he has progressed massively in the past fortnight. Sensi worries me a bit.

“Giacomo Raspadori has partly trained with us for a couple of days, we just need to decide whether he is better suited to the Under-21s or our squad. I think he has a fantastic future.

“Tomorrow’s friendly is a chance to work hard on our core ideas and take a closer look at some of the players.”

Italy will also take on Switzerland and Wales on home ground in Group A and their skipper Giorgio Chiellini is very confident of a decent outing in Euro 2020.

“I come here with great enthusiasm for what will likely be my last tournament with the national team,” said the Juventus defender.

“We have what it takes to do well. The other teams are very strong and we respect them. Every game will be difficult, but it is natural that we are going there to win.

“We can go far in the competition, we can get to Wembley. During EURO 2020, we must play with enthusiasm, whilst being carefree and a little bit mad.” 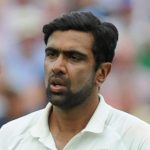 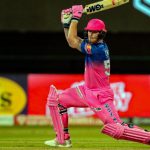