Virat Kohli, the former team India captain, was the country’s most successful Test captain and the youngsters, who played him under the Indian superstar, gave their best, on the back of the support that they received under Kohli’s tenure as the skipper.

However, there are players who are struggling to find their touch under Rohit Sharma’s captaincy, given that the player is facing criticism for not taking aggressive decisions during India’s knockout game against England in the recently concluded 20-20 World Cup 2022.

As things stand, let us take a look at five players who outclassed under Virat Kohli’s captaincy, but failed under Rohit Sharma’s tenure:

Ever since Rohit took over as the captain of the Indian team earlier this year, the batter has lost his touch and one has to agree that the batter has been backed right throughout the year despite his dismal performances. To add more, Rahul averaged around 43 in the Test format last year under Kohli’s captaincy as compared to an average of 20 under Rohit’s stint.

However, fans opined that the Indians skipper Rohit could have had a word with the right-handed batter and helped him out, which Kohli used to do often whenever the players went through a rough phase. As things stand, it remains to be seen if Rahul could make a comeback and prove his critics wrong. 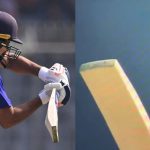