The star Argentine center-forward Lionel Messi has made it to the headlines of social media once again with his gestures for his counterpart and legendary Portuguese international Cristiano Ronaldo. Both the footballing superstars were in action on the field in the recently played friendly match between Saudi All-Star XI and Paris Saint Germain in Riyadh.

Notably, it was also the first match of Ronaldo for his new club Al Nassr. The 37-year-old also scored two goals in his first appearance for the club. Although it was PSG that finished across the winning line in the end with a margin of 5-4.

Apart from the action of the match, the World Cup-winning skipper Leo Messi won the hearts of the fans as he posted an Instagram story with Cristiano Ronaldo. The Argentine football legend can be seen hugging his Portuguese counterpart in the image he posted on the story.

Here’s a look at the Instagram story posted by Lionel Messi:

Messi posted hugging Ronaldo on his story. 😂 A man with the purest heart. 🐐❤️ pic.twitter.com/mYnNzvekYT

Just after Lionel Messi’s Instagram story went viral on social media, the fans came up with a lot of emotional reactions on the social media platform Twitter.

They finally told Ronaldo to take heart and admit that Messi is the GOAT. So much pain and goodbye in his eyes 😿

A hug from the World Cup winner is really needed. What a generous man.

Have a taste of winning World Cup.

I swear that's why I love him so much

goat hug the man who said'factos'
kind and humble , the true goat

A hug from the World Cup winner is really needed. What a generous man.

Have a taste of winning World Cup.

Messi posted because he knows there’s no longer a debate. Messi is just living his life while his records speaks volume… this the first time Leo posted something like this, think of it

Notably, Cristiano Ronaldo-led Portugal was knocked out of the quarter-final round of the FIFA World Cup 2022. Whereas Messi guided his team to the historic title triumph after a long wait of 36 years since they won last time under the captaincy of former legendary midfielder Diego Maradona.

Coming back to the Match between Saudi All-Star XI and PSG, all of the three renowned footballers,  Messi, Ronaldo, and Kylian Mbappe make it to the score line by scoring goals in the match.

Here’s a look at the lineup of both teams in the friendly match: 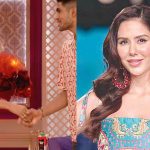 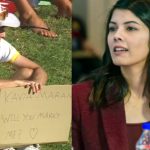