All four teams of Group C were in action on 1 December 2022 in the ongoing FIFA World Cup. All teams had chances to finish the group stage as the top two teams in that group. Speaking of matches, Argentina took on Poland in Stadium 974. While Saudi Arabia took on Mexico in another clash in Lusail Stadium.

All eyes were on Lionel Messi once again as Argentina needed to win that match to qualify. He had a great performance in the last game against Mexico. So, fans were expecting to see another top-class performance of the Argentine magician on the biggest stage of Football.

Both teams were looking to settle their nerves since the kick-off. However, in the 10th minute, Argentina had a chance to go ahead. But, Poland’s goalkeeper, Wojciech Szczesny saved Lionel Messi’s shot with ease. Then, in the 37th minute, VAR rewarded a controversial penalty to Argentina. But, Szczesny again came up with a big save again Messi.

Thus, the first half ended 0-0. But, in the second half, Argentina broke the deadlock. Alexis Mac Allister scored the opener in the 46th minute while Nahule Molina came up with the assist. Then, in the 67th minute, Julian Alvarez doubled the lead for his country. Enzo Fernandez came up with the assist in that build-up. However, the match ended 2-0 in favor of Argentina. But, despite losing, Poland qualified for a better disciplinary manner than Mexico.

Saudi Arabia were looking for another great result against Mexico. Saleh Alshehri came close to opening the scoring in the third minute. But, the Mexican goalkeeper, Ochoa prevented him with ease. Then, both teams tried to pull off some better attacking opportunities. However, the first half ended 0-0.

Meanwhile, in the second half, Mexican players had a blistering start. In the 47th minute, Henry Martin opened the scoring for Mexico while Cesar Montes assisted him. Then, in the 52nd minute, Luis Chavez doubled the lead for his country. In the 76th minute, Hirving Lozano came close to making it 3-0. But, his effort went far from the post. Then, in the 90+5′ minute, Salem Aldawsari pulled back one goal for Saudi Arabia. Finally, Mexico won the match 2-1. But, it was not enough for them to get qualified for the next round. 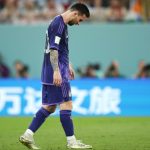 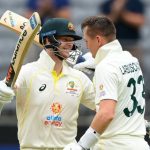