FIFA, the world’s governing body of football, lifted its suspension of the All India Football Federation (AIFF) on Friday. This means that India will be able to return to international football and would be permitted to host the FIFA U-17 Women’s World Cup in October of this year.

Last week, FIFA imposed the Indian Football Federation for “undue interference by a third party”. This was the first suspension in its 85-year of history. As a result, India was unable to host the U-17 Women’s World Cup.

“The Bureau of the Council decided on 25 August 2022 to lift the suspension of the AIFF with immediate effect,” A letter from FIFA secretary general Fatma Samoura to AIFF’s acting general secretary Sunando Dhar stated.

The 11-day suspension was lifted when the Supreme Court terminated the Committee of Administrators’ (CoA) mandate.

“The decision was taken after Fifa received confirmation that the mandate of the committee of administrators (CoA), that was set up by the Supreme Court to assume the powers of the AIFF executive committee, had been terminated and that the AIFF administration had regained full control of the AIFF’s daily affairs,” the governing body for world football said in a statement.

The AIFF constitution must now be amended to meet the requirements of FIFA and the Asian Football Confederation (AFC). Furthermore, the Indian federation will be required to conduct the upcoming electoral process in accordance with the statutory requirements, which include voting rights granted only to state associations. FIFA and the AFC have also stated that they will continue to monitor the situation and will assist the AIFF in holding its elections on time.

“As foreseen in the decision of the Bureau of 14 August 2022, a further communication to the AIFF will follow shortly with respect to the next steps to be taken towards holding elections. Fifa and the AFC will continue to monitor the situation and will support the AIFF in organising the elections in a timely manner,” the Fifa secretary general said. 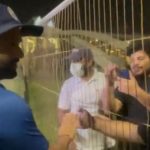 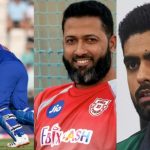