In a shocking piece of news, FIFA has suspended the All India Football Federation. The Bureau of the FIFA council has come up with this unanimous decision. The reason at the first sight is looking at the violation of the Statutes of the apex governing association of football.

This suspension will also have an impact on the preparations for the FIFA U-17 Women’s World Cup 2022 which was supposed to be held in India. Currently, it will not go as per plans on 11-30 October 2022.

FIFA came up with a media release to announce this ban on the AIFF. The international association has clearly mentioned in the release that the functioning of the AIFF is completely influenced by third parties.

“The Bureau of the FIFA Council has unanimously decided to suspend the All India Football Federation (AIFF) with immediate effect due to undue influence from third parties, which constitutes a serious violation of the FIFA Statutes,” reads the media release from FIFA.

Later on, the international football association also mentioned the possibility of lifting the ban. Mentioning the conditions in the release, FIFA stated that:

“The suspension will be lifted once an order to set up a committee of administrators to assume the powers of the AIFF Executive Committee has been repealed and the AIFF administration regains full control of the AIFF’s daily affairs.”

Speaking of the hosting of the FIFA U-17 Women’s World Cup 2022, then there is still a conundrum as FIFA is in a connect with India’s Ministry of Youth Affairs and Sports about this matter.

“The suspension means that the FIFA U-17 Women’s World Cup 2022™, scheduled to take place in India on 11-30 October 2022, cannot currently be held in India as planned. FIFA is assessing the next steps with regard to the tournament and will refer the matter to the Bureau of the Council if and when necessary. FIFA is in constant constructive contact with the Ministry of Youth Affairs and Sports in India and is hopeful that a positive outcome to the case may still be achieved,” FIFA concluded in the media release. 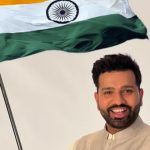