Things are not going according to plans for the giant English football club Manchester United as they have started with two consecutive defeats at the beginning of the season of 2022-23. The Red Devils played their first match at home against Brighton & Hove followed by the second one away against Brentford.

After losing by a massive margin of 0-4 in the last match, the management of the United is now on the edge of making some major changes in the starting XI in the next match. There are also the speculations that the manager Erick ten Hag might come up with a big decision of dropping skipper Harry Maguire from the starting XI for the next match of the Premier League against Liverpool.

As per the reports of The Manchester Evening News, Erik ten Hag could omit the 29-year-old after the consecutive setbacks for the club in the Premier League.

The club is now also on the possible note of losing three consecutive games in the Premier League. They will play their next match against the Liverpool on 22nd of August next week at Old Trafford. As the team has already conceded six goals in the first two matches, so ten Hag is now planning to add Raphael Varane to the starting XI of the team.

The sources have learned that this replacement might cost Maguire’s spot in the XI. In the first two matches, the new addition to the team Lisandro Martinez was accompanying the skipper Maguire in the center-back position. The United conceded four goals against Brentford only till half-time which compelled ten Hag to replace Martinez with Varane.

Hilarious when some Man Utd fans assumed the armband will make Maguire a guaranteed starter. Not under Ten Hag. Starting spots will be earned.

Notably, Manchester United is currently at the bottom of the table in the Premier League. It is the first time for them in the last 30 years since 1992 when they have zero points having a negative five-goal difference.

According to some experts of the game, the Red Devils are lacking unity as a team and are coming off with very low confidence on the field which is probably one of the reasons of their defeats. 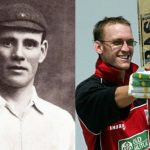 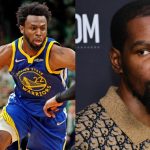