The European Super League has divided the football fraternity into two parts. While some experts are in favour of the league, UEFA has opposed the formation of any such league. Speaking in context of the hot debate, Manchester United legend and current co-owner of the MLS franchise Inter Miami, David Beckham has said that football is nothing without its fans. He further added that the competitions should be based on merits, hinting that he is not in favour of the European League.

As many as 12 clubs have agreed to be part of the European Super League. Among these, six clubs, namely Manchester United, Manchester City, Liverpool, Arsenal, Tottenham Hotspur and Chelsea belong to Premier League.

“I’m someone who loves football. It has been my life for as long as I can remember. I loved it from when I was a young child as a fan, and I’m still a fan now. As a player and now as an owner I know that our sport is nothing without the fans,” Beckham wrote on Instagram.

Ceferin launched a ferocious attack on all the 12 clubs and made his intentions clear that UEFA are in no mood to compromise. He also slammed Manchester United and Juventus chiefs Ed Woodward and Andrea Agnelli and called them “snakes” after they led proposals for the European Super League. 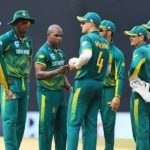 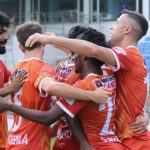