If reports are to be believed, as many as 12 clubs have agreed to a new competition, the European Super League. It is understood that six English clubs, three Italian and three Spanish teams will take part in the competition. No clubs from Germany or France are involved which means that Bayern Munich and Paris Saint-German are not included.

Manchester City, Manchester United, Chelsea, Liverpool, Tottenham and Arsenal are the English clubs said to have signed up while Real Madrid, Barcelona and Atletico Madrid are the Spanish clubs that are set to feature in the 12 team competition. Juventus, Milan and Inter are the Serie A clubs in fold.

As per a report in Daily Mail, the league will be financed by United States-based investment bank JP Morgan with Madrid president Florentino Perez as its chairman, American owners of Liverpool, Manchester United and Arsenal – John W Henry, Joel Glazer and Stan Kroenke as vice-chairmen and Juve chief Andrea Agnelli as the fourth vice-chairman.

Post the news, UEFA released a statement and announced that any club participating in the new league will be banned from playing in any competition at domestic, European or world level.

“The clubs concerned will be banned from playing in any other competition at domestic, European or world level, and their players could be denied the opportunity to represent their national teams,” UEFA said in a statement.

The UEFA is all set to make several changes in the format of the Champions League. 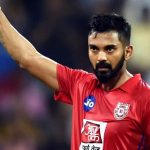