On Sunday, April 25, Royal Challengers Bangalore’s two Australian players, Adam Zampa and Kane Richardson left the team’s bio bubble as they pulled out of IPL citing personal reasons. The players were hoping to return to Australia and for the same reason shifted in a hotel close to Mumbai Airport. However, they are now stuck in India as the Australian government has banned all the flights coming from India till May 15.

This can potentially mean that Richardson and Zampa will have to reside in Mumbai till May 15. Meanwhile, Cricket Australia (CA) is in constant touch with both the players and is working closely with the Australian Cricketers Association (ACA) and DFAT (Department of Foreign Affairs and Trade) to devise a way through which both the players can arrive in their home country as soon as possible.

CA has made arrangements for both the players to travel from Mumbai to Doha and are just waiting for the permission from the authorities to execute their plans. Also, the cricket authority is in talks with BCCI to make sure that Zampa and Richardson are taken care of in India till they arrive in their home country.

“We are trying to see if the government does give us the go ahead to bring the players back. If we get the nod, it’s all pretty straightforward. But if not, we’ll be working with the ACA and BCCI to make sure they’re in a secure environment,” CA spokesperson said as quoted by Cricbuzz.

The spokesperson also cleared the air regarding the other players and support staff participating in the tournament. He said that Cricket Australia is trying their best to do whatever they can for the players in India and are in a constant touch with them.

“Those who were very unsure about going had opted out even before the tournament began. We’ve now seen some of them withdraw in the last few days. We are constantly in touch with all the players, support staff members and commentators there as well as the ACA and as far as now, they are keen on seeing the tournament out,” the spokesperson added. 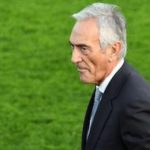