Let’s admit it, not a lot of us would have expected CSK to play the way they have. It’s amazing to see what a couple of changes here and there can do to a team. The same set of players were left black and blue in the previous edition of the IPL but a few months later, they have turned things around in the most dramatic way. Post their defeat against Delhi Capitals, CSK roared back and clinched four comprehensive victories. They were all over RCB in their last game, making a statement that they are prepared for every challenge.

Ruturaj Gaikwad and Faf du Plessis have been solid at the top, Ravindra Jadeja and Sam Curran down the order have played few impactful innings. They’ll love to see Suresh Raina, Ambati Rayudu and MS Dhoni score a few runs but despite them not scoring much, CSK have posted an above par score on almost every occasion.

As a bowling unit, they have been on fire. Deepak Chahar, Ravindra Jadeja, Sam Curran, Shardul Thakur, each and every bowler have performed exceptionally well. MS Dhoni has been very smart in his team selections and played Imran Tahir in the last game on a wicket that was getting slower. Their next game is at Arun Jaitley Stadium in Delhi, another surface that’s expected to assist the spinners, just as MS Dhoni want.

Sunrisers Hyderabad have looked good in the last two games. Despite losing in the super over against DC, they will be happy with their performance. Kane Williamson once again proved why he is regarded as one of the best batsmen going around in world cricket. SRH will be ruing not playing him in the initial matches.

However, the problem still remains the same for SRH. Once the opposition gets through the top order, their batting looks too weak to resist a quality attack. There are few concerns in the bowling department as well as apart from Rashid Khan, none has looked really threatening. Warner will hope that Bhuvneshwar Kumar, who missed the last match due to an injury, recovers before the next match.

Pitch Report – The match will be played at the Arun Jaitley Stadium in Delhi. The surface traditionally has been on the slower side with not much bounce. It won’t be easy to score in the middle orders. Teams need to make the most of their powerplay.

MS Dhoni made a clever move and brought Imran Tahir in for the previous game. Since the surface in Delhi is expected to assist the spinners, he may consider playing three spinners and bring Moeen Ali in place of Dwayne Bravo.

Du Plessis seems to have hit the right note at the right time. He backed up his brilliant 95 against KKR with another breezy 50 against RCB. The kind of form he’s in, he can be backed to play another impactful inning for CSK.

Bhuvneshwar Kumar was ruled out of the previous game due to an injury. David Warner will hope that he gets fit in time and is available for selection for the next game.

No matter what the situation is, if Rashid Khan has a ball in hand, there is always a possibility of a turnaround. On a low, slow, turning surface of Delhi, keep a keen eye on Rashid Khan. 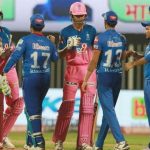 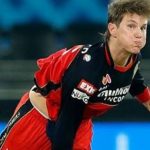