Hardik Pandya, the Indian allrounder and the captain of the T20I team for the series against New Zealand, posted a picture with former Indian captain MS Dhoni on January 26, Thursday and the post broke the internet within minutes. The Men in Blue will compete against the Kiwis in the T20Is next slated on Friday and the allrounder is all set to lead the team.

Pandya captioned the image, ‘Sholay 2 Coming Soon’ and the fans went crazy over the same as they witnessed the famous duo together after a long time. The first contest of the three-match series will take place at Ranchi, Dhoni’s hometown and Panya’s bond with the former Indian wicketkeeper is well documented.

Fans, who took cognizance of the same, claimed that the bike that Pandya was sitting on might be one of Dhoni’s many collections, although the details about the picture were not revealed by the right-handed batter. One could understand that it might be from Dhoni’s old garage known for his car and bike collections.

Can Hardik Pandya lead India to glory once again?

After a tiring ODI series against Tom Latham and his men, the Pandya-led T20I setup would look to carry on with the momentum and win the T20Is as well. For the unversed, the Men in Blue whitewashed 3-0 in the ODIs and it remains to be seen if they could continue the form in the shortest format of the game as well.

As far as Pandya’s captaincy records are concerned, the veteran has captained India in 8 T20I matches so far and much to the delight of the Indian fans, he has won 6 of them, with 1 of the matches ending up in a defeat. With a young setup on the bench, it will be crucial for the veteran to pick the right playing XI and go all out against the fiery Black Caps.

Pandya is in ranchi.

Dhoni with Vintage Collection of Bikes and Cars.. 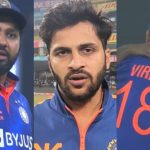 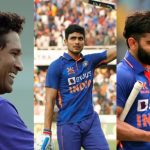