The demise of legendary athlete Milkha Singh has sent a shockwave through the country. The sprinter passed away at the age of 91 due to COVID-19 related complications. Milkha Singh was an inspiration to every sportsperson. To pay their tribute to the ‘ Flying Sikh’, the Indian team will be wearing black armbands in the final of the World Test Championship.

Earlier today, the Indian cricketers mourned the death of Milka Singh. Indian skipper Virat Kohli took to Twitter and said the track legend’s legacy inspired the whole nation to aim for excellence. “A legacy that inspired a whole nation to aim for excellence. To never give up and chase your dreams. Rest in Peace #MilkhaSingh ji. You will never be forgotten,” tweeted Kohli.

“Extremely saddened by this news ..RIP ,India’s one of the greatest sportsman..you have made young Indians dream of becoming an athlete..had the privilege of knowing you so closely..” Ganguly wrote on Twitter.

“Saddened to learn about Milkha Singhji’s demise. He inspired a generation of Indians and made us believe that nothing is impossible. Condolences to @JeevMilkhaSingh,” Jay Shah tweeted

Meanwhile, Day 2 of the WTC final is underway. The Kiwi skipper Kane Williamson won the toss and put India in to bat first. India announced their playing XI on Thursday and included both Ravichandran Ashwin and Ravindra Jadeja. However, the speculations were high that they might make some changes to the playing XI given the overcast conditions. However, the Virat Kohli led side have decided to go in with the same combination. 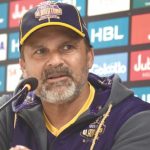 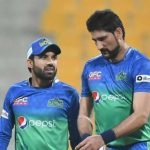