Milkha Singh, popularly knows as the ‘Flying Sikh’ breathed his last on June 18. The legendary sprinter passed away at the age of 91 after post COVID-19 complications. Milkha Singh was an inspiration to many aspiring athletes and his demise has sent a shockwave through the country. The news comes five days after Milkha Singh’s wife Nirmal also passed away due to COVID-19 related complications.

Milkha Singh ran many memorable races in his career. He, however, failed to bag an Olympic medal. He is fondly remembered for his heroics in the 400-metre race in the 1960 Rome Olympics, where he became the first Indian male sprinter to reach the final of an Olympic event. Milkha started the race as favourite and missed the gold medal by 0.1 seconds as he finished fourth. He is also the first athlete to bag a Commonwealth gold for India which he won in the 1959 British Empire and Commonwealth Games. He also claimed won four Asian gold medals.

Also read: ‘He’ll ask me some questions with the ball, and I’ll answer them’ – Rohit opens up on facing Trent Boult in WTC final – Sky247 Blog

Here is how the cricket fraternity paid tribute to the legendary athlete.

The great man #MilkaSingh ji has left us in body, but the name Milkha will always live on as being synonymous with courage and will-power.
What a man. My sincere condolences to his family. Om Shanti 🙏 pic.twitter.com/AW2FbM3zg1

Extremely saddened by this news ..RIP ,India's one of the greatest sportsman..you have made young Indians dream of becoming an athlete..had the privilege of knowing you so closely .. pic.twitter.com/mbEk9WPDBd

RIP #MilkhaSingh ji. You’ve left behind a legacy that will inspire generations of Indian athletes. My thoughts and prayers with his family 🙏 pic.twitter.com/PxwlunQLxF

Your demise has left a deep void in every Indian’s heart today, but you shall keep inspiring several generations to come. pic.twitter.com/ImljefeUEN

Deeply saddened to hear the passing of Milkha SinghJi. His legacy will live on… a true legend and an icon. Condolences to his family and friends. 🙏🏽

Deeply saddened to hear about the demise of #MilkhaSingh ji. The man who inspired many like me, will always remain in our hearts. Our condolences to the family. #OmShanti 🙏🏼 pic.twitter.com/PBbJ37tas9

The Flying Sikh has flown away but the legend shall live on forever! #MilkhaSingh

Milkha Singh was diagnosed with COVID-19 on May 19 and went into isolation in Chandigarh. He then developed serious symptoms and was admitted to Mohali’s Fortis hospital due to “COVID pneumonia”. He was then moved to PGIMER in Chandigarh on June 3. Finally, doctors managed to stabilize Milka’s health and he was tested negative on June 13. However, he succumbed to post COVID-19 complications. 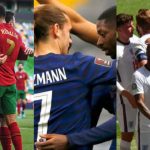