India and West Indies crossed the swords in the last and third of the three-match ODI series. Both teams played this match at Port of Spain’s Queen’s Park Oval. After winning the toss for the first time in this series, Indian skipper Shikhar Dhawan decided to bat first against the hosts. Although the match was eventually reduced to the 35 overs per inning due to the rain interruptions.

Batting first, the Indian team managed to post a total of 225 runs for the loss of three wickets. Due to the rain interruptions and rules of the DLS method, the target was revised to 257 runs in the allotted 35 overs. While defending the target, Indian bowlers bundled Nicholas Pooran & co. on the score of 137 runs in 26 overs and India won the match by a massive margin of 119 runs. The visitors clinched the three-match ODI series in a clean sweep with an amazing score-line of 3-0.

Twitter users also went on to praise the performance of the Indian team. They hailed the all-round delivery of the team both in this match and in the entire ODI series. They praised the intent of the Indian team in this series. Notably, the men in blue were playing without having some senior players and big names in the squad.

Speaking of the match, then the opening pair of skipper Shikhar Dhawan and young batter Shubman Gill provided a strong start to the men in blue. They both made a partnership of 119 runs for the first wicket. Skipper Dhawan scored another half-century knock of 58 runs before getting caught by Nicholas Pooran.

Later on, Shubman Gill played an amazing inning of 98 runs, although he, unfortunately, missed the century just by two runs due to a rain interruption. On the backs of batting heroics of the top-order, the Indian team posted a total of 225 runs for the loss of three wickets.

Yuzvendra Chahal scalped four wickets. He conceded only 17 runs in four overs with an impressive economy rate of 4.25 runs per over. His amazing bowling helped India to restrict West Indies to only 137 runs to win the series. Shubman Gill was adjudged player of the series for his amazing batting performances in the entire three-match of the series. He also won the player of the match award for his match-defining knock in the concluding ODI of the series.

Another series win with mostly a second string team🙌 Dhawan led the team well & many players made the most of the opportunities given to them👍 Outclassed the Windies tonight… They were brilliant in the first 2 games but not today!
Next up, the 5-match T20 series💥#WIvIND

The man of the match and the series is young @ShubmanGill !! India has a strong backup incase @ImRo45 and @klrahul aren't in top form! #wivind 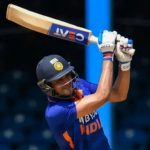 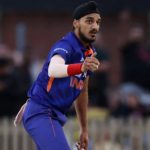