Virat Kohli played a decent knock of 35 runs in 34 balls in the first match of the Asia Cup 2022 against Pakistan coming after a brief break. The star was given a break pertaining to his poor run with the bat and was rested for the Zimbabwe and West Indies series. The Bangalore batter who ruled the game of cricket for an entire decade started struggling to amass runs post his captaincy exit in late 2021.

However, amid huge expectations, the Delhi-born stepped onto the field and faced a blinder on the very first ball. Pakistan dropped a sitter in slips when the veteran was yet to get off the mark. The Delhi-batter often comes up with his favorite ‘B’ word that people often call ‘Ben Stokes’ with sarcasm.

The star batter often uses the bad word ‘Bh*****d’ and people troll it renaming it as ‘Ben Stokes’, the reputed English cricketer as it sounds similar to the word. To everyone’s surprise, the English all-rounder himself addressed the issue once and said that he was tired of people tagging him whenever the Indian legend uses the word. In one such instance, Virat Kohli once again used the ‘B’ word after facing a blinder from Naseem Shah in the Sunday encounter in the Asia Cup 2022.

A video is surfacing on the internet where the batter can be seen using the bad word after leaving a blinder from Naseem Shah. One of the fans pointed it out and captioned the video, “When Naseem Shah Made Virat Kohli remember Ben Stokes”.

Here is the video

India stunned Hong Kong with a thumping win and met the expectations. The team has now marched on to the Super Fours of the tournament alongside Afghanistan. Suryakumar Yadav smashed a crucial 68 runs off 26 balls comprising of 6 sixes and 6 fours. The Indian legend, on the other hand, managed to score a fifty after quite a long time.

Babar Hayat showed his intent for Hong Kong and fought his way back for his team. Despite getting off to a great start against the inexperienced Indian bowling line-up, the Hong Kong team lost the match by forty runs. 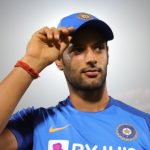 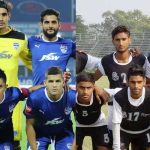