After an unforgettable run in the 13th edition of the Indian Premier League, Chennai Super Kings are enjoying a delightful outing in IPL 2021. The team is proudly sitting at the second position on the points table, just behind Royal Challengers Bangalore, with three wins under their belt from four games.

In their last outing against Kolkata Knight Riders, the Super Kings delivered a commendable performance and emerged victorious by 18 runs. After an action-packed cricket game, the players were given a day off and they enjoyed their time by chilling out in the team room.

Meanwhile, the opening batsman Robin Uthappa enjoyed his free time by cooking with his son Neale Nolan Uthappa. Robin along with his wife and little one decided to spend some time in the hotel kitchen as the adorable family baked cookies for the players and other members of the CSK contingent. The Uthappa family was also helped by the other chefs present in the kitchen.

The video of Robin Uthappa enjoying baking was shared by Chennai Super Kings on their official Twitter handle. Towards the end of the clip, the cookies were also served to the CSK players and they couldn’t help but praise Robby for the delicious and mouth-watering sweet.

CSK captioned the video as, “Cookie Chutti! The little MasterChef baking it out with Robin Cook. #SavourTheMoment #WhistlePod @robbieuthappa”

Robin Uthappa is yet to get a game in the tournament as Ruturaj Gaikwad and Faf Du Plessis have been essaying the role of the two openers for the squad. 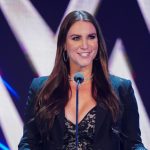 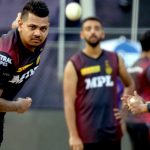