It has not been a pleasant start for the Rajasthan Royals and Kolkata Knight Riders in the IPL 2021. However, both will get an opportunity to get their campaign back on track when they lock horns at the Wankhede Stadium tomorrow. Both teams have followed the same trend in the tournament. Won the first game comprehensively and then stumbled to three consecutive losses.

Rajasthan Royals have more to worry about than the Kolkata Knight Riders. With Buttler not performing and Samson and Miller inconsistent, their batting looks way too vulnerable. Shivam Dube, Rahul Tewatia, Riyan Parag showed their capabilities in the last game but can they do this on a regular basis ? Also, the bowling is not something to boast about. Morris was supposed to be the lead pacer but he has not lived up to the expectations. Same is the case with Mustafizur Rahman and other bowlers barring Chetan Sakariya. On a good batting wicket, it’s a massive ask from them to contain the KKR batting.

Talking about Eoin Morgan’s men, they too are struggling with the poor form of their top order. Though they have far more quality in the middle order, as they showed in the last match against CSK, where they almost pulled off a miraculous victory after being rattled early on, their consistency will also be in question. However, they have a far superior bowling line up which gives them an edge over their opponents.

Pitch Report – The match will be played at the Wankhede Stadium. The last few games have given signs of a slowdown thus the batting won’t be as easy as it was in the initial few games.

Despite their mediocre performance with the bat, they should stick to the same combination barring Shivam Mavi replacing one between Kamlesh Nagarkoti or Prasidh Krishna.

Though he is still far from his best, Andre Russell showed a glimpse of how destructive he can be when he stroked a brutal 52 off 22 balls against CSK. If he can capitalize on the start, it’ll be massive for KKR.

Despite his failures in the last three games, Sanju Samson will be a key wicket. The team needs some inspiration and the skipper will look to lead from the front. 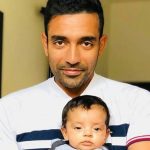 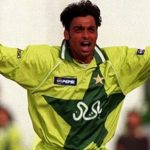