Harbhajan Singh, the former Indian cricket, hit the goal nets and showcased his skills and love for the sport. To add more, much to the stupefaction of the Indian fans, the off-spinner was spotted trying MS Dhoni’s helicopter shot with a golf stick and impressed everyone as he uploaded the video on his Instagram account.

Although both cricketers are out of international radar, one has to agree that they have still got the touch. On the other hand, Dhoni, who might call it a time in all formats of cricket post the conclusion of the Indian T20 League 2023, is seldom seen coming up with the iconic shots of late.

As things stand, with Dhoni approaching the very end of his cricketing career, the Chennai team would be hoping to rope in a captain replacement in the upcoming mini-auction scheduled to take place in December, in Kochi. With the likes of Ruturaj Gaikwad and Ravindra Jadeja highly unlikely to be given the task to lead, it remains to be seen if the franchise would find the perfect fit.

Hyderabad have released Kane Williamson into the auction pool and the star batter from New Zealand might as well find himself leading the Chennai camp from the next year, post-Dhoni’s retirement. It is highly likely that the Kiwi batter might be roped into the Chennai squad in the approaching mini-auction.

It is not it as the franchise would have a lot of options to pick from the likes of Sam Curran, Ben Stokes, Cameron Green and Joe Root. If at all Chennai manage to bring in either Stokes or Root, any one of them might be tasked to lead the side from the next edition of the Indian T20 League.

With only around 20 crores in the purse and only 2 overseas slots left, Chennai’s think tank will have to do their backend homework and bring in the right players who could turn things around in 2023, given the team crashed out the last edition in group stages. 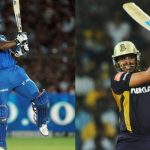 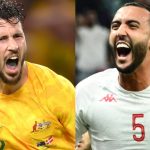