Senior Indian pacer Bhuvneshwar Kumar is not enjoying the phase he is going through for the last couple of matches. Failing in the 19th over while defending the target in the second innings. Recently, the skipper Rohit Sharma went on to give the 19th over once again to Bhuvi. But the Meerut-born pacer couldn’t deliver up to the expectations and conceded 16 runs in the penultimate over of the match.

Just after India lost the match, fans took to Twitter for blaming Bhuvneshwar Kumar once again. Notably, the 32-year-old was also disappointed in the two crucial matches of the Asia Cup 2022 where he bowled the 19th over and leaked a lot of runs.

Amidst the criticism, Bhuvneshwar’s wife Nupur Nagar has broken her silence and slammed back and lashed out at the critics. She took a firm stand for his husband who is playing with the Indian team for a decade.

Nupur posted a cryptic story to shut the mouths of critics who are regularly targeting the senior speedster for India’s defeat in the curtain raiser of the three-match T20I series against Australia.

“Nowadays people are so worthless, that they have nothing better to do and have so much time to spread hate and envy. My advice to all those is – nobody is affected by your words or cares about your existence. So, spend that time in making yourself better, though there is very less scope for that!!” reads the story posted by Nupur Nagar on Instagram. Speaking of Bhuvneshwar’s outing in the first T20I against Australia, then he conceded 52 runs in his quota of four overs. The 32-year-old leaked runs with a very expensive economy rate of 13.00 and went wicketless.

Eventually, due to the failure of the bowling attack in the death overs, India lost the match by four wickets against the Australian team in the first match of the series. 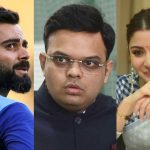