India Capitals and Bhilwara Kings locked horns in the Qualifier match of the Legends League Cricket. Both teams played this match in Jodhpur. Kings’ skipper and former veteran Indian all-rounder Irfan Pathan won the match and decided to bat first. Batting first, BK posted a massive total of 226 runs for the loss of five wickets in the allotted 20 overs.

While chasing the target, India Capitals stunned everyone by crossing the line in 19.3 overs and scored 231 runs for the loss of six wickets to win the match by four wickets.

Fans left both in shock and happiness after this successful chase by the capitals in a must-win match of the tournament. They took to Twitter for appreciating the performance of the Capitals.

Here’s how fans reacted to the win of the India Capitals:

The Happiness we all dreamt of ♥️

What a match it was between India Capitals And Bhilwara King's. Kings registered total of 226 but Capitals chased it down.
Brilliant Innings from Taylor, Nurse and epic finishing By Plunkett unbelievable.#CricketTwitter #LegendsLeagueCricket #Indiacapitals

Ashley Nurse to the rescue, what a game 🤩

Speaking further about the match, then Bhilwara Kings faced an early blow only on the score of four runs. Wicketkeeper-batter Morne van Wyk fell prey to Mitchell Johnson in the first over of the innings. But it was also the time when two legends William Porterfield and Shane Watson took the charge and stitched a massive partnership of 116 runs for the second wicket.

Both batters scored brilliant half-century knocks of 59 and 65 runs respectively. Other than these two, Yusuf Pathan and Rajesh Bishnoi also played the crucial knocks of 48 and 36 runs respectively. On the backs of these knocks, Kings managed to post a big total of 226 runs for the loss of five wickets in the allotted 20 overs.

While chasing the target, India Capitals also suffered from some early setbacks as they lost three wickets on the score of 48 runs in 5.4 overs. But the amazing half-century knock of  84 runs from former Kiwi veteran Ross Taylor and match-defining knock of 60 runs from Ashley Nurse helped the Capitals to chase the target in 19.3 overs to win the match by four wickets.

Ross Taylor won the ‘player of the match award for his blistering knock of 84 runs off just 39 balls with nine boundaries and five maximums to his name. 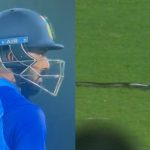