Sri Lanka and Afghanistan locked horns with each other in the super four round of the Asia Cup 2022. Sri Lankan skipper Dasun Shanaka won the toss and asked Afghanistan to bat first at the Sharjah Cricket Stadium. Batting first, Afghanistan posted a total of 175 runs for the loss of six wickets in the allotted 20 overs.

While chasing the target, Sri Lanka crossed the line in 19.1 overs and scored 179 runs for the loss of six wickets to win the match by four wickets. It is Sri Lanka’s second win in the tournament and they also cleared off their account with Afghanistan for the defeat in the last match they faced each other in the Asia Cup.

Fans also reacted on Twitter after the second win of Sri Lanka in the ongoing edition of the Asia Cup. They appreciated the Lankan tigers for their second successful run chase in the tournament after defeating Bangladesh in their last match of the Group stage.

Here’s how Twitter reacted after the win of Sri Lanka over Afghanistan:

That was an excellent team effort ❤️ Everyone contributed on that run chase. The top batting effort we were waiting to see so many years 😍😍 #AsiaCup2022 #AFGvSL

What a Match Man completely Mind Blowing.#SriLanka played superbly,What a finishing power by Bhanuka Rajpakhse.Looking a Good team and their captain is a silent Monster.#AFGvSL 👏👏👏

Sri Lanka with a perfect exhibition of chasing big totals in T20 cricket. No big individual scores. 4 30's chasing 176, 3 of which came at strike rate of 150+. Exactly the brand of cricket you need. #AFGvSL #AsiaCupT20

That was an interesting contest…the last 5 overs of the AFG batting innings came back to haunt them at the end, they just made 37 runs losing 5 wickets in the last 5..10-15 more runs could have made the difference.
Well played SL 👏🏻👏🏻#AFGvSL #AsiaCup2022

What a chase. Everyone contributing. Always kept up with the RRR. Congratulations @OfficialSLC #AsiaCupT20 #AFGvSL

Very well played srilanka . What a match it was #AFGvSL

Srilankans are entertainers, they make it hard for themselves
~ Sanjay Manjrekar
😂#AFGvSL

Speaking of the match, then the opening pair of Hazratullah Zazai and Rahmanullah Gurbaz provided a strong start for Afghanistan. They both made a partnership of 46 runs in 4.5 overs for the first wicket. Rahmatullah Gurbaz played an excellent knock of 84 runs off just 45 balls with four boundaries and six sixes to his name.

Other than Gurbaz, number three batter Ibrahim Zadran also played a knock of 40 runs off 38 balls with two boundaries and a six. With these knocks, Afghanistan managed to post a total of 175 runs for the loss of six wickets in the allotted 20 overs.

Dilshan Madushanka scalped two wickets for Sri Lanka alongside one scalp each of Maheesh Theekshana and Asitha Fernando.

While chasing the target in the second innings, Sri Lanka got a very good start from the openers Pathum Nissanka and Kusal Mendis. They stitched a partnership of 62 runs in just 6.3 overs for the first wicket and played the knocks of 35 and 36 runs respectively. Other than the openers, Danushka Gunathilaka and Bhanuka Rajapaksa also played the individual knocks of 33 and 31 runs respectively.

On the backs of these four brilliant knocks, Sri Lanka managed to chase down the total in 19.1 overs for the loss of six wickets. They won the match by six wickets to seal the first victory in the super four round. 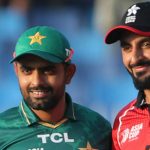