Wicketkeeper-batter Kusal Perera is likely to miss the upcoming ODI and T20I series against India. The southpaw picked up a shoulder injury while captaining his side during the England series.

Perera continued to play with pain and trouble during the six limited-overs matches against England because there were no ready replacement options available. But things got worse for Perera, who returned from England and could not begin training with the team.

There is no official word as of yet regarding Perera being ruled out. According to ft. lk, the Sri Lanka Cricket (SLC) medical staff are monitoring the situation closely and the decision will soon be made for the wicketkeeper-batter.

This news of Perera if true, does not augur well for the Lankan team as he was the only shining light for them during their six white-ball matches against England. The hard-hitting batter scored 54 in three T20Is and followed it up with 73 in the first ODI.

The 30-year-old also is one of the most experienced in the current Sri Lankan squad as he has played 107 ODIs and 50 T20Is. Perera is also the one who often gives the team blazing starts, setting up the platform for the middle order. The southpaw when set is an extremely dangerous player, and his absence, if ruled against India, will surely give the Men in Blue an early advantage in the series.

Already the SLC has banned Kusal Mendis, Niroshan Dickwella, and Danushka Gunathilaka for not following the COVID-19 protocols during the England series. Perera’s absence will make the squad look weaker. 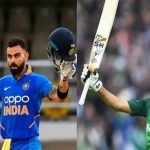