Suresh Raina, the name and the game go hand-in-hand and so do his records. The ‘yellove’ man will hang up his boots for all Indian domestic teams as he has announced retirement from all forms of cricket. To speak of the southpaw’s records in the Indian T20 League, one might need a lifetime and beyond.

Such was his impact in the tournament that this news has broken the hearts of all Chennai fans. Too good a player that he never uttered a word against the team and its captain despite not getting picked in the auction for the 2022 edition of the Indian T20 League.

The southpaw, who announced his international retirement in 2020, alongside MS Dhoni, took to his Twitter handle to reveal the news.

“It has been an absolute honour to represent my country & state UP. I would like to announce my retirement from all formats of Cricket. I would like to thank @BCCI @UPCACricket @ChennaiIPL @ShuklaRajiv sir & all my fans for their support and unwavering faith in my abilities,” Raina tweeted.

It has been an absolute honour to represent my country & state UP. I would like to announce my retirement from all formats of Cricket. I would like to thank @BCCI, @UPCACricket, @ChennaiIPL, @ShuklaRajiv sir & all my fans for their support and unwavering faith in my abilities 🇮🇳

Raina was the heartbeat of the Chennai franchise since the inception of the tournament. The team couldn’t reach the playoffs on both occasions when he missed the league. He withdrew from the 2020 edition citing personal reasons and the team did poorly in the group stages. Leaving him out in the 2022 edition came to haunt the franchise, once again.

Averaging around 32 in the Indian T20 League alone, the star amassed more than 5000 runs. The fans, on the other hand, started pouring their love right after he announced his retirement. The tributes and the images are still incoming for the southpaw post his announcement.

Understandably, fans recollected his innings played in the first qualifier against the Punjab team from the 2014 edition of the Indian T20 League. That still remains one of the best knocks in the tournament.

Here are some of the many tweets from fans that we found touching:

Most humble cricketer i have seen miss u champ in the ground.. All the best for future

Congratulations for the wonderful career, and good luck for the future! 👏🏼👏🏼👍🏼

Thanks for everything legend! 💛

Yes he is practising to play overseas and other leagues 🔥🔥

Once upon a time, there lived a Ghost pic.twitter.com/h0yJQoAcCW

Thanks for everything Chinna Thala 💙💛

You were a vital cog in the Historical wheel of 2011 World Cup and among the all time greats of IPL. Thank you for all the memories, best of luck for the future endeavours. 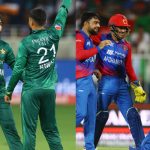